The first woman to serve as a four-star general in both the Army and the U.S. armed forces, Gen. Ann E. Dunwoody joined the Army in 1974 and was commissioned as a second lieutenant in the Women’s Army Corps in 1975. Her first assignment was as supply platoon leader, 226th Maintenance Company (Forward, Direct Support), 100th Supply and Services Battalion (Direct Support), Fort Sill, Okla. Her biggest impact was as commander of the Army Materiel Command, or AMC, one of the largest commands in the Army, employing more than 69,000 employees across all 50 states and 145 countries.

“It was Ann’s most recent role, as commander of the AMC, in which she unified global logistics in a way [that has never] been done,” said Chief of Staff of the Army Gen. Ray Odierno. “She capitalized AMC’s fundamental logistics functions to maximize the efficiency and services they provided of supply, maintenance, contact support, research and development, base and installation support, and deployment and distribution.

She connected AMC not only to the Army, but ensured the joint force was always ready and supplied as well.” “From the very first day that I put my uniform on, right up until this morning, I know there is nothing I would have rather done with my life,” she said. “Thank you for helping me make this journey possible.”

At her retirement ceremony in 2012, Dunwoody said, “Over the last 38 years I have had the opportunity to witness women Soldiers jump out of airplanes, hike 10 miles, lead men and women, even under the toughest circumstances,” she said. “And over the last 11 years, I’ve had the honor to serve with many of the 250,000 women who have deployed to Iraq and Afghanistan on battlefields where there are no clear lines, battlefields where every man and woman had to be a rifleman first. And today, women are in combat, that is just a reality. Thousands of women have been decorated for valor and 146 have given their lives. Today, what was once a band of brothers has truly become a band of brothers and sisters.”

All of the coaches are participating in a GORUCK Challenge and we were told to bring a picture of someone who served. I have many to choose from as I have many family members who have served. In my immediate family alone, we have 5 Veterans. My Dad is retired Navy, my brother David served in the Air Force, and my brother Jay, sister Melissa and myself all served in the Army. As much as the GORUCK Challenge will put me out of my comfort zone, I will think of the brave men and women who serve as motivation to keep going. No amount of discomfort during the challenge can compare to the sacrifices so many have made to keep us free and safe. Finally, to all of you military Mako Monsters and any other Veterans reading this, thank you for your service!!!

Veteran’s Day is a time to remember those who have made the ultimate sacrifice to serve and protect our freedoms. I truly appreciate all the men and women who have served and are currently serving our country. Thank you all for your sacrifice and service! This Veteran’s Day I am remembering my grandfather. He severed in the United States Army and is a veteran of the Korean War. My grandfather was a huge influence in my life. He was one of the smartest men I knew; I felt like he had the ability and knowledge to fix anything and everything. He taught me many life lessons that I will always cherish and am grateful to have the opportunity to learn. My grandfather will always be in my heart and I will be remembering him this Veteran’s Day!

I am grateful for those in my family that served and ultimately led me to follow in their footsteps. My Grandpa, James Calvin Dyke, served 30 years in the Navy and retired Master Chief Petty Officer. He was stationed here in Pensacola, along with my Uncle Jimmy who retired after 20 years in the Air Force. I remember coming down here as a child to visit them and thinking how much I loved this place. Finally, my brother, Jake Maloney, did multiple tours on the ground as a Marine and now lives back up in the OH. Thank you and all my CCT/ PJ buddy’s still out there getting in, love you guys!

Veterans Day makes me appreciate all of the sacrifices that our country’s veterans make for us each day and throughout their lives. Leaving their families and friends behind to serve and protect our freedom. This year I’m remembering my longtime friend James Michael Butler. We grew up in the same neighborhood, spent summers getting into trouble together, and had classes together in school since 1st grade. James, or “Peanut” as we all knew him, joined the Navy out of high school. He then joined the Army and served multiple tours in Iraq as part of the 20th SF Group. He later passed flight school and flew Blackhawks in Iraq on two tours compiling 335 combat missions and over 1200 combat hours. Peanut then became a Federal Air Marshall and served until 2011. While training at Fort Hood for yet another deployment, James was tragically struck by a hit and run driver and killed in 2011. Thinking about my buddy this holiday and all of the countless others who serve.

Veterans Day is a time for us to thank those who have served our country. This veterans day I want to bring some light to a generation that is fading away with time, the World War Two Generation. This generation consisted of men and women who fought in the war to end all wars. My Grandparents on both sides served in this war, and upon returning home started their families and pushed for the American dream. Veterans day is a great time to reflect on those who served and paved the way for the life we live today, who are you thinking of this Veterans Day. Thank You, Grandma and Grandpa!

Even though I didn’t grow up in America, I really appreciate all the sacrifices that the veterans have made in order to serve the country. That is one of the reasons why this is such a great country. Today, I wanted to share the story about two heroes that died serving the country fighting for our freedom. Navy Lt. Cmdr. Landon L Jones and Chief Warrant Officer Jonathan Gibson. One of our members, Jose, was there when their MH-60S Knighthawk helicopter crashed. A couple of months ago, Jose, approached me and told me the story- I can tell it meant a lot to him; therefore, today I wanted to remember these two American heroes. 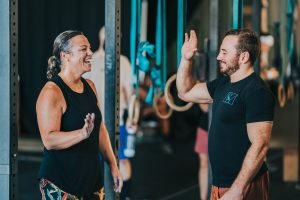 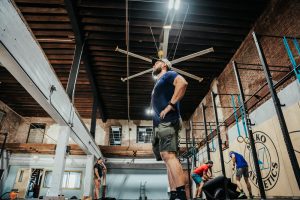 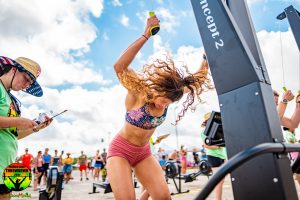